2019 Family Physician of the Year 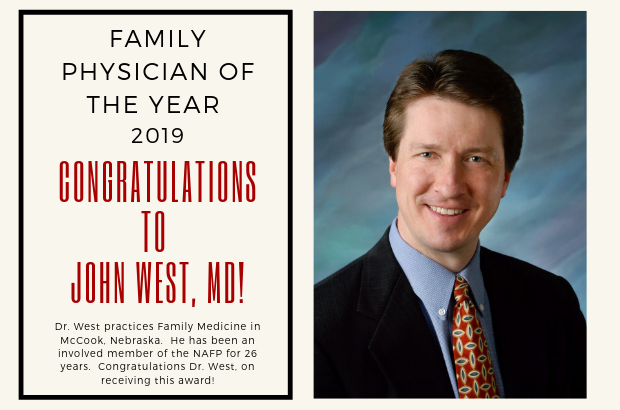 Dr. West is a practicing Family Physician in McCook, Nebraska.  He has been in practice and an active member of the NAFP for over 25 years.  Dr. West has held many leadership positions with various organizations, including the NAFP.  He has been described as "having a passion for Family Medicine that is clearly demonstrated by the time he devotes to listening, educating and treating his patients".

We again, congratulate Dr. West on his many accomplishments as we recognize him as the 2019 Family Physician of the Year!