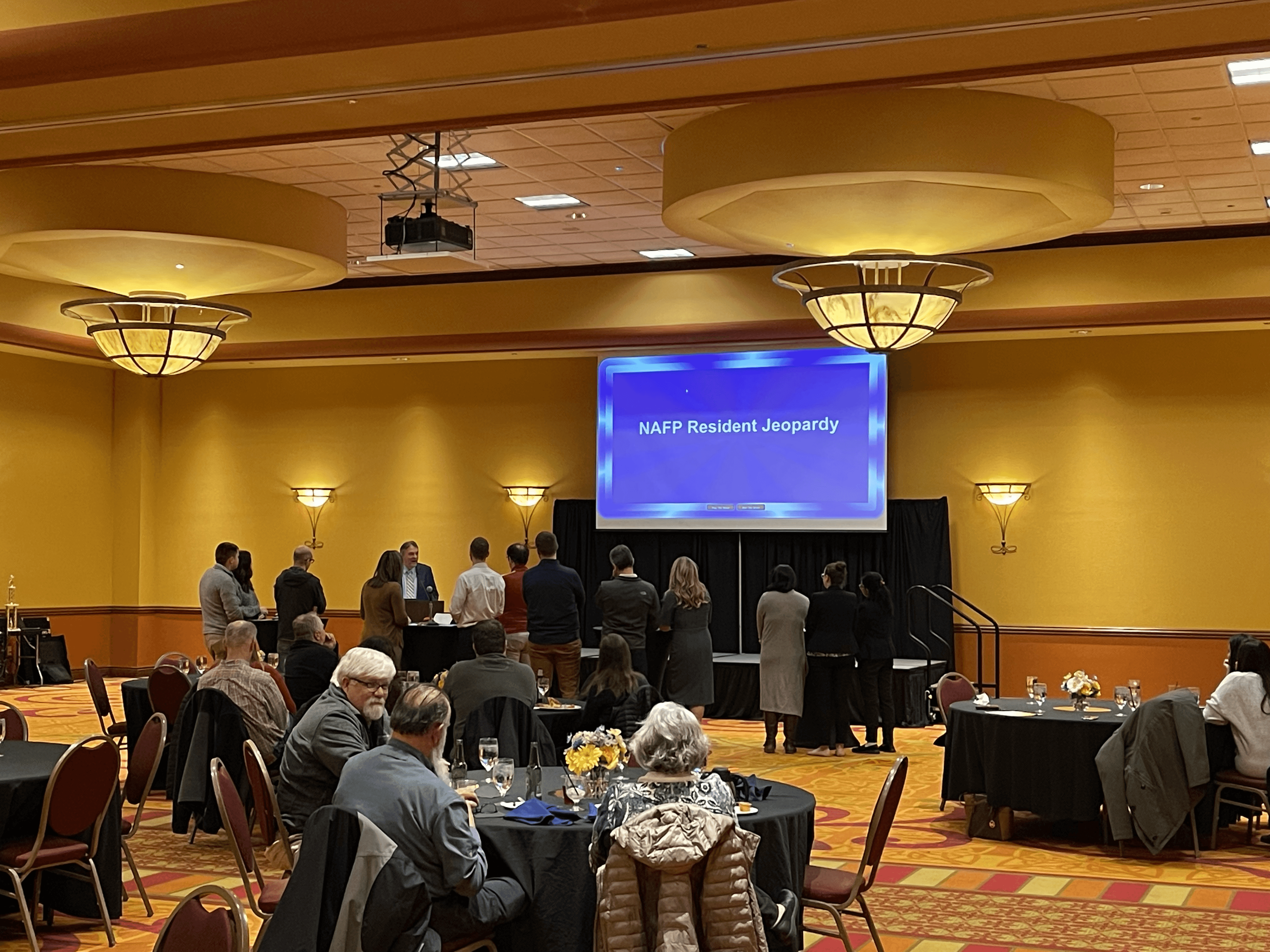 The NAFP was grateful that we could resume more of our annual activities at the 74th Annual Scientific Assembly, including Resident Medical Jeopardy, Resident Oral Presentations, and Resident/Student Poster Presentations. This year we had four teams compete in Resident Medical Jeopardy as an all-attendee event where everyone could brush up on their medical knowledge. The participants were: