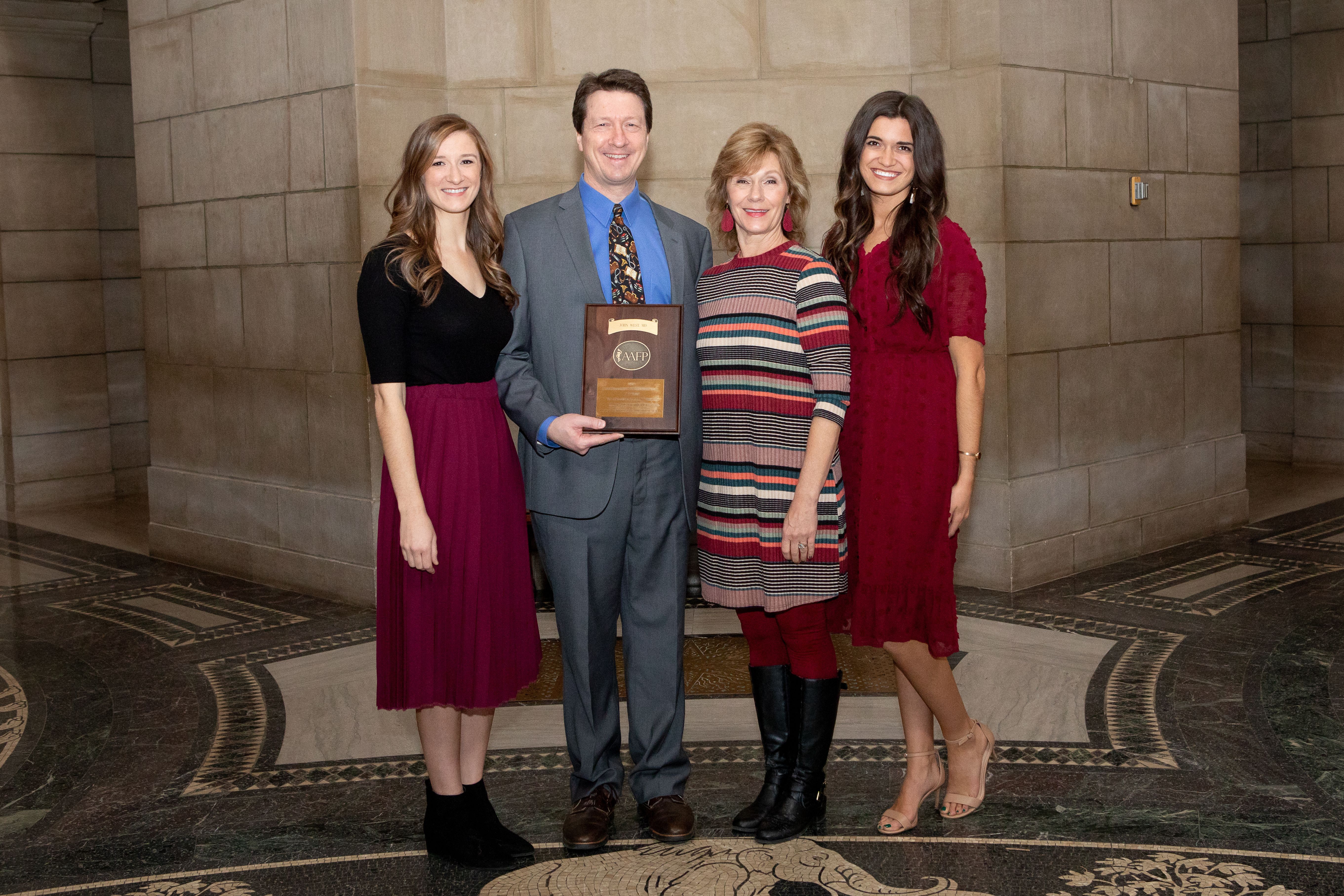 John West, MD, From McCook, Nebraska, Named the 2019 Family Physician of the Year

The Family Physician of the Year award is given annually to a Family Physician who exemplifies a compassionate commitment to improving the health and well-being of the people and communities throughout Nebraska. Dr. John West was honored at the State Capitol by Lt. Governor Mike Foley on December 16, 2019 as the recipient of this year’s award.

In 1979, Dr. West started his Pre-Med studies at the University of Nebraska-Lincoln with completion of a Bachelor’s degree in Biology from Revelle College at the University of California-San Diego in 1983.  He returned subsequently to Nebraska and completed a Masters degree in Pharmacology at UNMC prior to receiving his Doctor of Medicine degree from the College of Medicine at UNMC in 1990.  Dr. West completed his Family Practice Residency at St. Joseph Medical Center, which is now known as the Via Chrsti Family Medicine Program in Wichita, Kansas.  After finishing his residency in 1993, he began practicing in York, Nebraska at the York Medical Clinic for 5 years.  Later, Dr. West moved to practice in McCook, Nebraska at the McCook Clinic, where he is currently practicing today.  During his time in McCook, Dr. West has been heavily involved in the medical and greater community. He has served on boards for medical, community and faith-based organizations.  He currently serves as the Medical Director for the only nursing home in McCook.

Within the nomination packet we received for Dr. West, one of his nominators stated “Dr. West has an unbridled passion for the practice of Family Medicine and the Nebraska Academy of Family Physicians.  He is an active advocate in promoting Family Medicine and firmly believes that there is no other specialty that is more important in keeping people healthy and well.”